Feeling in Control: Bank of America Helps Customers to “Keep the Change”

The bank hoped to bring a human-centered angle to an industry which is hardly known for innovation. They were especially interested in the customer segment of boomer-age women with children. To conduct the ethnographic research, a team of five BoA employees partnered up with four agency designers. In their user research, the group conducted interviews and observed families in Atlanta, Baltimore, and San Francisco. According to IDEO designer Sally Madsen, the team was “talking to people who were great at saving, and people who struggled with it, taking inspiration from some of the existing, every-day habits people have around savings“. They observed a dozen families, and followed mothers around when they went shopping or dining. Soon, they realized an interesting pattern: In many families, mothers were in charge of managing finances. An extreme group in this pattern turned out to be single mothers: They are often on a tight budget and have to keep track of their spending meticulously. 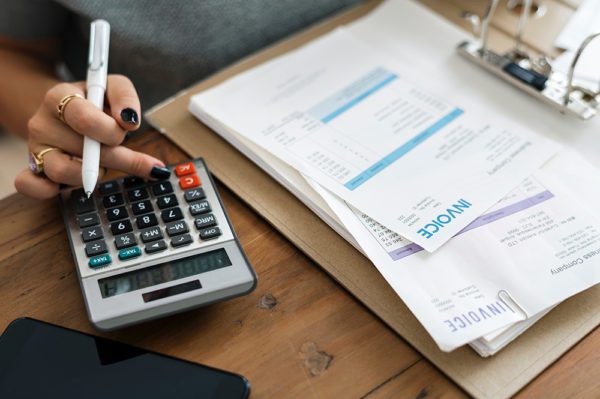 Many single mothers kept checkbook registries, in which they listed their bills, expenses and ATM withdrawals.

Many of these women kept checkbook registries, in which they listed their bills, expenses and ATM withdrawals. In the beginning of the 2000s, this was a common way to manage money – a time before banking apps and online banking was widespread. When the design researchers looked at the checkbook of a woman in Atlanta, they realized that she rounded up numbers: Instead of listing 22,73 dollar for a refueling bill, she listed 23 dollars, for example. This simplified calculations, but it also added a little buffer each month – at the end, a few unexpected dollars were left over for her. A second, important realization concerned the inability of mothers to save. Some of them simply did not have enough money to put anything aside, others could not control their impulse buying. The researchers realized that this behavior revealed an unaddressed need in banking, and offered the opportunity to create value for customers and the bank.

Two Bank of America Vice Presidents, Faith Tucker and Ray Chinn, assembled a team of product managers, finance experts, software engineers, and operation experts for brainstorming. The team held 20 sessions and generated 80 product concepts. They favored one idea: the “Keep the Change” program. “Keep the Change” is a service that automatically rounds up all purchases made with a debit card. These rounded up cents are transferred to a savings account.

To test a prototype of the idea, the team created a cartoon video displaying the rounding up service and tested it in an online survey with 1600 participants. After an extremely positive response, “Keep the Change” was pitched to the consumer division and got approved. In an iteration of the idea, the product development team added three features, as a Bloomberg case study describes: Firstly, a summary of the rounded-up transactions in the account; secondly, a feature preventing a rounding-up transfer from pushing the user’s account into overdraft; and thirdly, a promotion. As a treat, Bank of America matches the saving at 100 per cent for the first three months up to a certain amount.

In a major marketing campaign, Bank of America put a 6 meter couch in New York’s Grand Central Terminal, hiding coins in the furniture. Passengers were invited to look for the change.

Closely observing user behavior and interpreting their workarounds was a crucial step leading to this successful outcome: “People couldn’t tell us that they wanted a debit card that would ‘keep the change.’ It didn’t occur to them“, IDEO CEO Tim Brown said in a Forbes interview. “But we saw how many people were rounding up to the next dollar when they paid for things.” He describes that the success of this innovation lies “in its appeal to an instinctive desire we have to put money aside in a painless and invisible way” in his 2008 Harvard Business Review article. According to Sally Madsen, the Keep the Change program “meets Bank of America’s goal of generating more business for their savings programs, but it’s also something that meets a core basic need that people have, which is finding ways to manage their financial security.”

Bank of America’ former Senior Vice President and product developer Faith Tucker underlined the feeling of empowerment for Bank of America customers in a designbetter interview: “There was an almost unexpected and very emotional effect from this new service. People who previously never had savings suddenly did. And it wasn’t the amount that mattered; even a small amount of money in their savings account gave them a sense of power and control over their finances.”