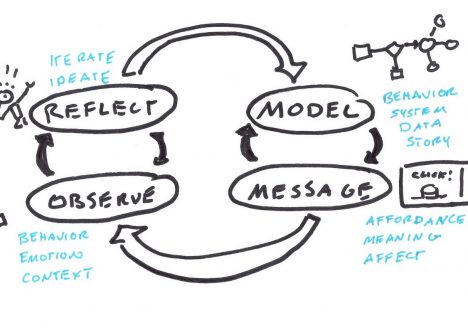 My model of Interaction Design, or if you prefer, product design. Or even UX design. We can also discuss this diagram instead of discussing UX Design as a term.
I blame Alan Cooper. This time. In a moment of pique (or boredom, or if he’s like me, procrastination) he tweeted,
There is no such thing as UX design.
— Alan Cooper (@MrAlanCooper) May 4, 2018
“There is no such things as UX Design.” Please, for his sake and mine, do NOT reply. He apologized for it the next day.
I would like to apologize to all of my followers for my tweet yesterday about “UX design.” 1
— Alan Cooper (@MrAlanCooper) May 4, 2018
My issue with the debate that ensued is: I don’t think it’s a useful or even interesting conversation to have. Ok, UX doesn’t exist.
So what?
Ok, UX does exist.
So what?
People are designing digital products that live in a larger ecosystem, and according to Sturgeon’s law, 95% of them suck at it. Instead of discussing what to call it, let’s move on to making less suck.
I respo.. 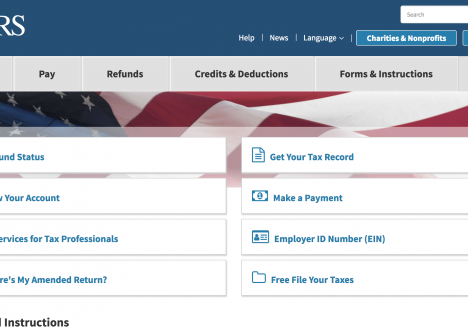 Government’s Content Strategy is the Linchpin of Citizen Experience

The future of good government hinges on content strategy.
This is important for everyone to understand because not just government employees and consultants who work with dot-gov websites are affected by the way agencies deliver content. Ultimately, content planning, organization, usability, and governance for online systems — and the human-to-human interactions they facilitate — affect the lives of people who use them every day. If the content strategy is bad, so goes the citizen experience.
We all can relate to the need for governments to deliver a better customer experience, whether it’s getting the right envelopes in your mailbox or connecting veterans with healthcare commensurate to their selfless sacrifices.
And while content strategy alone can’t fix broken business processes or improve the quality of healthcare, it’s absolutely critical to helping citizens locate, understand, and connect with public services. It’s a tool to help government employees better deliver the right i.. 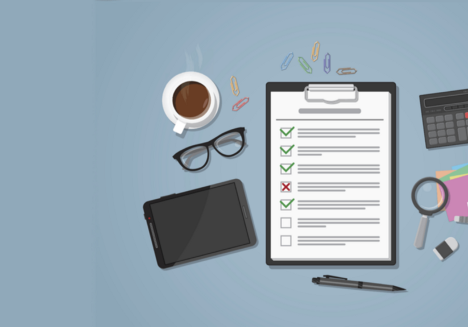 Satisfy your client and give them their money’s worth with this effective logo design checklistRockstar logo designer and overall great man, Aaron Draplin, has designed a ton of successful logos. Looking through his book, Pretty Much Everything, you’ll see all of the logos that Aaron has created from his initial sketches to full blown billboard spreads.
Whether it’s a humble logo for his friend’s hot dog stand or the audacious Nike Air Max 360 logo, Draplin has produced some fine logo designs. Each is an exercise in restraint, intent and efficiency.
Logos are powerful. They pack an emotional punch. A good logo can make you feel a sense of achievement or bitter to your stomach. It’s said that we see around 4000 to 10,000 advertisements a day so one can only guess how many logos we’re exposed to.
Paul Rand, the man behind such logo classics as IBM, ABC and Ford, believed that “the only mandate in logo design is that they be distinctive, memorable and clear.”
Thousands of logos are made b.. 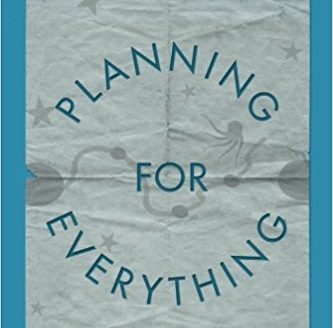 The IA Summit is the leading conference for those who create and manage digital user interfaces and rich information environments. Each year, it features talks and workshops from some of the best in information architecture, UX, and content strategy.
This year’s schedule features experts such as Abby Covert, Dan Klyn, Jared Spool, and Peter Morville. The extraordinary lineup also provides a great list of recently published UX books. Check out one or more to get prepared for this year’s summit.
Save on your IA Summit registration today by using the discount code uxbooth.
Planning for Everything: The Design of Paths and Goals This is the latest from Peter Morville, who also authored Information Architecture: For the Web and Beyond and Intertwingled: Information Changes Everything. The book focuses on planning as a skill and how everyone can improve, if they are ready to learn:
The principles and practices of nonlinear planning. How to grow and sustain hope with willpower and waypower..

T-shirt power: the London exhibition exploring the subversive sway of the slogan tee

‘The shape of a T-shirt is so simple and beautiful,’ says Vivienne Westwood in her 2014 autobiography. ‘You are aware of the cloth, of the body, but also of an image: it is a canvas’. A new exhibition, T-Shirt: Cult - Culture - Subversion, at the Fashion and Textile Museum in London, celebrates the socio-political power of this universal garment, one used as a visual tool for conveying cultural statements and protestations. Westwood and her then partner Malcolm McLaren gained prominence in the late Sixties for their creation of DIY T-shirts, embellished with glitter glue, chains, provocative images and typography. Be it a black T-shirt bearing the word ‘Rock’ spelt in chicken bones, a white tee with two cowboys in hats, boots and naked from the waist down, or another style with studs spelling ‘Venus’, the duo used Letterism as a powerful tool to convey their anti-establishment, punk outlook...

The famed Fitzpatrick-Leland house, perched at the top of Mulholland Drive, has been billed a ‘theatrical’ structure by historians – as well as, frankly, ‘a come-on’. Built as a spec house to attract similar development in the 1930s, it sits at the intersection of the city’s notorious mountain drive and the twisting thoroughfare of Laurel Canyon, an area today hosting many impressive homes. This year, the Rudolph Schindler creation, now owned by the MAK Center for Art and Architecture, will welcome a series of design exhibitions and programming related to the home’s history. The series begins with ‘Pin-up: A Designed Tribute to Schindler’s LA’, juxtaposing the work of LA-based designers and artists with that of Schindler, who hailed from Austria and moved to LA in 1921. 'Chene' desk and stool by Atelier de Troupe Schindler’s innovative designs utilised the interplay of indoor and outdoor space as well as uncommon materials...

Every other year since 2002, the Rolex Mentor and Protégé Arts Initiative has brought together leading artists, writers, architects, musicians, film-makers, theatre directors and other creative titans with early-career contenders. Past mentors include Magaret Atwood, David Hockney and Anish Kapoor. In November 2016 we profiled the latest seven lucky protégés, paired with guiding lights such as Philip Glass, David Chipperfield and Robert Lepage. The protégés reveal what mentoring has meant to them and how their lives have changed as a result. Argentine artist Matías Umpierrez has been pushing the boundaries of theatre since 2007, when he became head of theatre at the Rector Ricardo Rojas Cultural Center in Buenos Aires. His mentor is the Canadian theatre director Robert Lepage. W*: Has any new work come directly out of your time so far with Robert Lepage?Matías Umpierrez: Towards the end of my year I proposed that we collaborate on a... 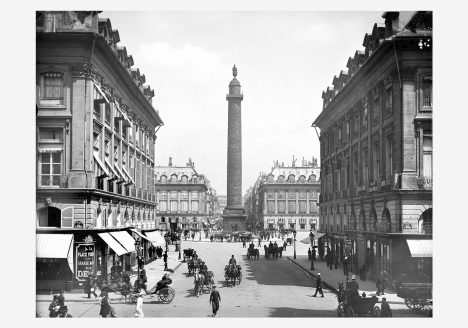 What could be more fitting as a symbol of rebirth in the City of Light, than a golden sun streaming spiralling metal rays? That’s the resplendent installation that Louis Vuitton visual creative director Faye Mcleod conceived for the façade of the maison’s new Peter Marino-designed Paris flagship. The store, which opens today, is spread across two historic hôtel particuliers – designed in 1714 by Versailles architect Jules Hardouin- Mansart – and is located in the Place Vendôme, where the young founder of the storied house first opened his trunk shop 160 years ago.
It’s a space that reflects the evolution of a house, which began as a specialist luggage supplier to aristocrats, including the Empress Eugénie de Montijo. The new two-storey boutique boasts not just leather goods, textiles, fragrance, jewellery and men’s and women’s ready to wear, but also its first savoir-faire corner, and its only dedicated home for its Objets Nomades collection of travel-inspired products. Each light-fil.. 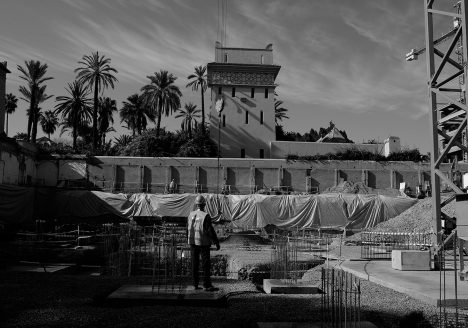 Pierre Bergé, the co-founder of French fashion house Yves Saint Laurent, patron of the arts and passionate AIDS campaigner, has died at the age of 86. Bergé passed away this morning at his home in Saint-Rémy-de-Provence after a long illness.
Bergé was the longtime companion of Yves Saint Laurent, and the financial figurehead behind the maison he co-founded with the renowned fashion designer in 1961. The creation of the ‘Rive Gauche’ label in 1966 heralded the revolutionary concept of ready-to-wear – Yves Saint Laurent became renowned for democratising the stiff and elitist world of haute couture.
From Yves Saint Laurent’s ‘Mondrian’ dress to the androgynous ‘Le Smoking’ tuxedo suit, the brand’s designs were a pioneering force behind the Parisian fashion landscape during the sixties and seventies. It was a business that continually expanded into new territories, including fragrance and Paloma Picasso-designed accessories, and catered to the sartorial needs of figures including Marie-H.. 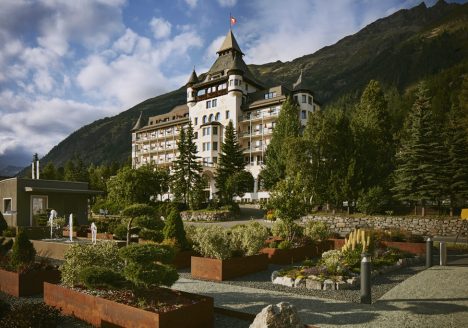 A mountain village in Switzerland is an unlikely location for cutting-edge culture, but in Pontresina, in the Engadin region of Switzerland – famed for its large Belle-Époque hotels – the historic Hotel Walther has unveiled some avant-garde art to rival Zurich’s blue-chip galleries, as part of an extensive, multi-million makeover.
A triumphant 110 years after it welcomed its first guests into its reception area, visitors in 2017 will step in and be greeted by a gigantic cube, carved from a 20.5 tonne piece of marble. It is the creation of a relatively unknown Swiss sculptor and architect, Veit Rausch, framed by lush and lavish textiles and furnishings, part of the hotel’s striking transformation by Virginia Maissen, the interior designer who has worked her magic on Hotel Adler, Cafe Oscar and Airport Hotel Basel in the past.

Hotel Walther in Pontresina, Switzerland
In the bar and smoker’s lounge, the hotel commissioned Swiss artist Rolf Sachs to create an installation responding to..