Visibility, the design firm behind our 2015 fitness kit for Wallpaper* Handmade, has returned to wellness in its latest product, a refillable deodorant system for Myro that addresses the health concerns and ecological impact of the plastic industry. The New York City-based multidisciplinary studio (that also designs spaces and furniture) was keen to present ‘a new take on deodorant’, co-founder Sina Sohrab explains over email. The design centres on a permanent piece of hardware that the user keeps, and recyclable refill pods that plug into it. The resulting system uses 50 per cent less plastic than a typical drugstore deodorant, while offering a refreshing design-take on the often unappealing bright-white shells of off-the-shelf deodorant casings. The millennial-friendly tube colours (Flame, Moss, Royal, Slate and Blush) elevate a not-so-glamorous routine object into one that can stand with pride in your bathroom cabinet, or lovingly slung in your travel bag. (It’s airport-security fri..

The 2018 IA Summit is a week away. It’s time to set your schedule and get ready for five days of learning how to face the challenges of designing and managing user interfaces and information environments.
This is your last chance to register and save with the discount code uxbooth.
Breaking Through the Screen: Design Research Methods for Virtual Reality Joelle Fleurantin is an artist and design researcher obsessed with the relationship between bodies and screens, bodies and networks, bodies and embedded systems. Her talk will introduce sensory modalities as key to designing for VR and VR-specific design research methods including:
VR 5Es Experience model for bodies interfacing with a device. Rapid prototyping methods that don’t require 3D modeling skills. From the session description: “The digital environment is no longer bound to an increasingly flat screen, but can become an immersive environment within one’s home or remap the landscape of a dull daily commute. VR enables us to cr..

Editor’s Note: An Event Apart (AEA) just finished its first event of 2018 in Seattle. For the first time, the 2018 conference series has three Special Edition events, which feature 18 speakers over three-day.
Today we look back at the 2017 AEA Special Edition. UX Booth columnist Jess Vice highlights some of the biggest takeaways.
Use the discount code AEAUXBooth to save $100 on any AEA multi-day event.
From Research to Redesign Jeffrey Zeldman, founder and creative director at studio.zeldman and co-founder of An Event Apart, kicked the conference off with a reminder of why we design in the first place. We can only identify and solve problems when we know who our customers are, who our users are, and which markets we’re reaching. Research is an often overlooked (yet vital) stage of the design process. Research sets us up to not only know who we’re designing for now but helps us discover what we should be solving for next.
Research saves time and money and allows us to build the righ..

Can We Keep Our Biases from Creeping into AI?

CSA Images/Printstock Collection/Getty Images Eminent industry leaders worry that the biggest risk tied to artificial intelligence is the militaristic downfall of humanity. But there’s a smaller community of people committed to addressing two more tangible risks: AI created with harmful biases built into its core, and AI that does not reflect the diversity of the users it serves. I am proud to be part of the second group of concerned practitioners. And I would argue that not addressing the issues of bias and diversity could lead to a different kind of weaponized AI.
The good news is that AI is an opportunity to build technology with less human bias and built-in inequality than has been the case in previous innovations. But that will only happen if we expand AI talent pools and explicitly test AI-driven technologies for bias.
Eliminating Biases in AI: The People Technology inevitably reflects its creators in a myriad of ways, conscious and unconscious. The tech industry remains very m.. 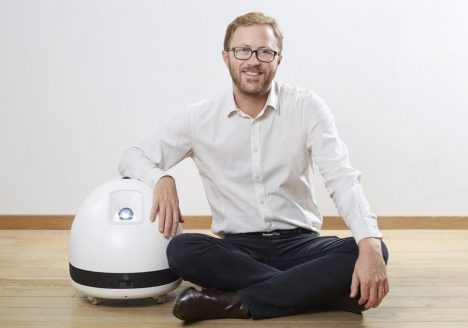 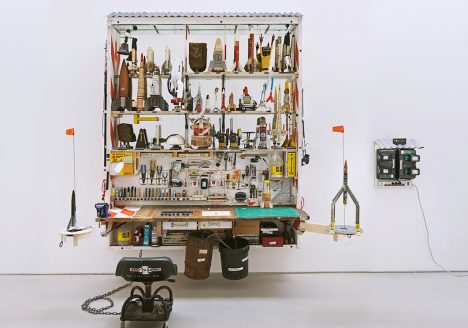 Tom Sachs shapes a self-portrait through things, found and fabricated

Objects that arouse, titillate and terrify are all locked up in Tom Sachs’ Wunderkammern – cabinets of curiosity the artist has constructed for an exhibition at Sperone Westwater, ‘Objects of Devotion’. Sachs is an artist who, whether critical or not, appreciates stuff as stuff, whether ubiquitous or rare. He’s long been obsessed with remaking things: from Sony cameras to NASA memorabilia and his sister’s Barbie dolls, creating irresistible sculptures in miniature and on a large-scale, fashioned from his favoured materials such as duct tape, plywood, epoxy resin and foamcore.
Inspired by the exoticism and eroticism of cabinets of curiosities that date back to the Renaissance, Sachs’ own ‘theatre of the world’, The Cabinet (2014), is at first glance full of weapons and tools – but each has a name, referring to someone who affected the artist, from his mother to the Supreme Court. Other cabinets collect more autobiographical objects from the artist’s life, a self-portrait through things.. 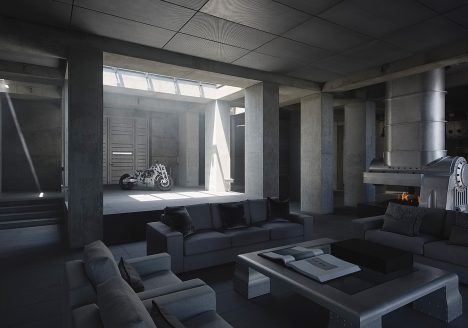 James Jannard – Jim to his friends – owns a lot of things. He owns several properties in Malibu and in Newport Beach, California. He owns two islands in Fiji, a third in the Pacific Northwest. He also owns a substantial collection of vintage 1980s sunglasses and biking gear. These last two are evidence of something he used to own – the Oakley eyewear brand, which he launched in the 1970s as a maker of motocross equipment, and the sale of which, for $2.1bn in 2007, allowed him to buy many of the other things he owns today. This is a man who knows what he likes, and tends to get it.
Jannard has now added another home to his residential options, perched atop a cliff in the chichi Trousdale section of Beverly Hills. The neighbourhood has a standing ordinance forbidding any construction above the first storey, ensuring that the two-acre site has an unobstructed view of nearly the whole Los Angeles basin, from Downtown to the sea. This perch is scarcely less spectacular than the building Ja..

‘Efficiency, simplicity, history. The safety pin seemed a perfect symbol to turn into an Hermès object. I wanted to give it a new life,’ says Pierre Hardy, artistic director of the house’s haute bijouterie since it launched in 2010.This year, the designer has reimagined the ubiquitous domestic device as precious adornment, establishing it as Hermès’ new fine jewellery symbol.
Beguiled by the pin’s shape – ‘the result of an absolute function, minimal technology, without any concern for aesthetic’ – Hardy was also attracted to its conflicted symbolism: ‘Firstly, childhood, motherly love, protection, “safety” pin. Secondly, and to the contrary, the provocative symbol of the punk movement – an anti-decorative tool that became the sign of rejection of society.’
The designer’s somewhat sociopolitical pin has a deliberately sensual form. ‘I tried to make it more feminine, smoothing the surface and introducing more fluidity in the lines, more tension in the drawing,’ he says. Soft tangles o..

A Guide To Virtual Reality For Web Developers

Recently, there has been a proliferation of virtual reality (VR) web browsers and VR capabilities added to traditional browsers. In this article, we’ll look at the state of browsers in VR and the state of VR on the web via the WebVR APIs.
The web community has experimented with VR before, with VRML, but now WebVR takes a new approach to VR, one more suited to the modern web. We've accelerated 3D on the web since 2011 with the release of WebGL. Now the web can handle VR thanks to new web APIs that take advantage of VR hardware using WebGL.
The post A Guide To Virtual Reality For Web Developers appeared first on Smashing Magazine. 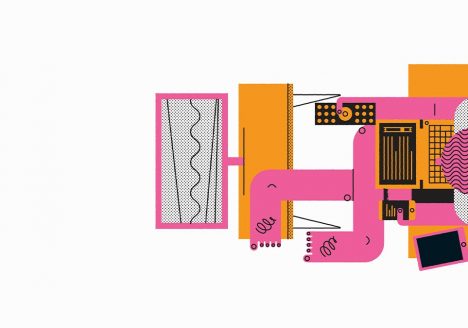 Do Your Customers Actually Want a “Smart” Version of Your Product?

There’s been a gold rush happening in technology these last few years, focused on the Internet of Things, or IoT. It’s even frequently been referred to as “the next Industrial Revolution.” The stampede to connect anything and everything in the home to a mobile app – a stampede that I’d argue has been driven by grossly inflated numbers and speculation – has the potential to lure companies into unfamiliar territory, with no guarantee of a safe or profitable return. I know because I’ve been there.
The company I lead, Big Ass Solutions, manufactures and sells fans, lights, and controls for commercial and residential use. Our products work with apps or without apps. And while we’ve found customers for IoT connectivity, the number of our customers who value the new technology has been much lower than industry projections led us to believe.
There are some useful lessons here for other manufacturers, especially those who haven’t yet “connected” and might be concerned they’ve missed the boat...