These UX Designers are Rethinking the Voter Ballot

I was five the first time I went to vote, excited for a field trip with my dad that conflicted with bed time. The polling place was a school gym. The room echoed with the clunk of machine levers as each vote was cast, and I munched on brownies from the bake sale set up in the lobby. That visit, which was repeated each election throughout my childhood, made it statistically far more likely that I would become a regular voter myself. Many people aren’t exposed to the voting process at a young age, and millions never make it to the polls.

Whitney Quesenbery and Dana Chisnell, co-founders of The Center for Civic Design, are focused on those people: where they fall off the voter journey, and how to get them back on. So they’ve set out to bring UX strategies to the myriad systems of local, state, and federal election offices, using human centered design thinking to shepherd citizens through the registration process to the moment they mark their choice on the ballot.

Chisnell and Quesenbery got into election design around 2001—the year that the infamous Florida butterfly ballot took over the headlines. Chisnell remembers watching the news as voters left the Miami polls questioning who they’d voted for and wondering what the design process behind the curtain had been. As it turned out, it was pretty flimsy. Usability testing and human centered design hadn’t found their way into elections at that point. Instead, design decisions reflected the perspective of the election officials: Did the materials meet regulations? And how would the ballot be counted?

“Democracy is a design problem.”

Like a happy meeting of two platonic halves obsessed with voter intent, it wasn’t long before Quesenbery and Chisnell found each other. They ran a Kickstarter together, producing four Field Guide to Ensuring Voter Intent. There would eventually be ten guides. They was free for election officials and raised over $20,000. “We were like, ‘This is getting less like a hobby and more like a thing,’ recalls Quesenbery on their ‘will you be my co-founder’ conversation. 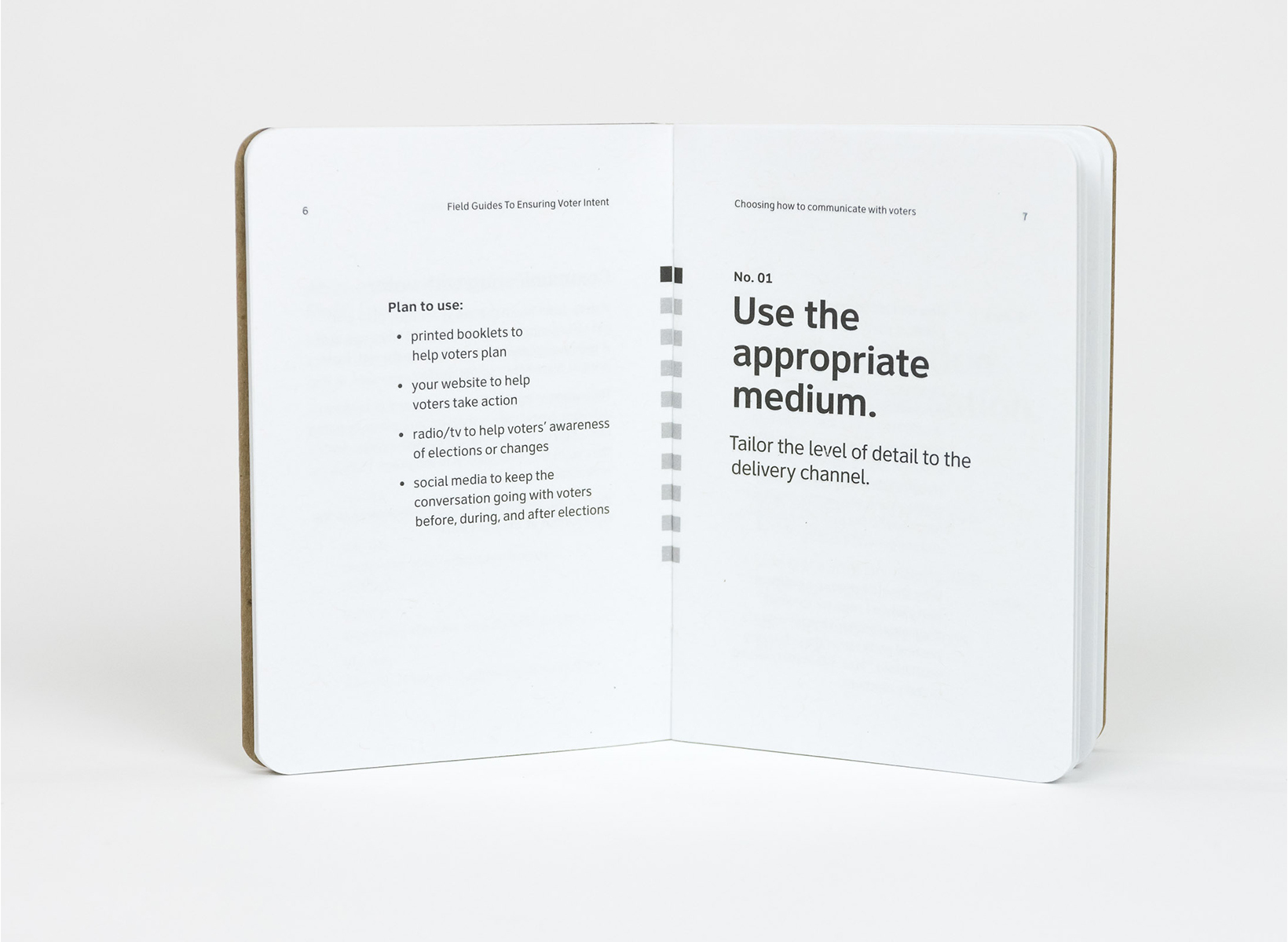 They launched The Center for Civic Design shortly thereafter. Their slogan? “Democracy is a design problem.” They’ve been together ever since, except for a brief sabbatical when Chisnell joined the United States Digital Service—the newly minted founder had planned to say no, but when Obama appeared on her White House tour she was hooked. “It was a very compelling recruiting pitch,” she admits.

Over the last decade, Civic Design has worked to dispel the myth that non-engaged citizens are apathetic. Instead, they’re trying to understand how the system has disenfranchised the non-voting and the non-registered. They are finding that, between regulations, time constraints, and lack of transparency, it’s just plain hard for people to travel the path from registration to the point where they have a ballot in their hands. The good news? A lot of these challenges can be solved by the tools of design: plain language, white space, wayfinding, new technologies, and a predilection for usability tests. Upgrading the voting systems hasn’t been easy. “The processes are 19th or 20th century processes and design is a 21st century process,” says Chisnell.

Sometimes the issues are too complex for just a copy change. Remember the infamous Virginia tied election of 2018, which was decided by pulling a slip of paper out of a fishbowl?

Civic Design has to be good at building trust in order to nudge government offices embrace change. Their secret? Listening.“Talk less, ask more questions,” says Chisnell. Don’t make assumptions. Try to understand the problem, the constraints and the resources. The two are the first to admit that they aren’t experts in running elections—they leave that to the election officials who, each year, martial an army of semi-volunteers, navigate the mania of filing dates, mailings, and then the elections themselves. Sometimes there’s resistance to Civic Design’s suggestions, but most people, they say, share the goal of making voting better for everyone. “They are salt of the earth,” says Quesenbery of their partners, “They are quiet innovators.”

The game changer that Civic Design offers election officials is the perspective of UX. In a project in Sarasota, Florida in 2008, the Civic Design team ran a usability test on a new ballot design which had candidates printed on both sides. At the bottom of the original first page in all caps, bold letters read “Vote both sides”. Maybe it was read by voters as esoteric bipartisanship or maybe it was just plain confusing. The net result? Half of the ballots came back with the second side still blank. Score 1 for doing usability tests ahead of time. 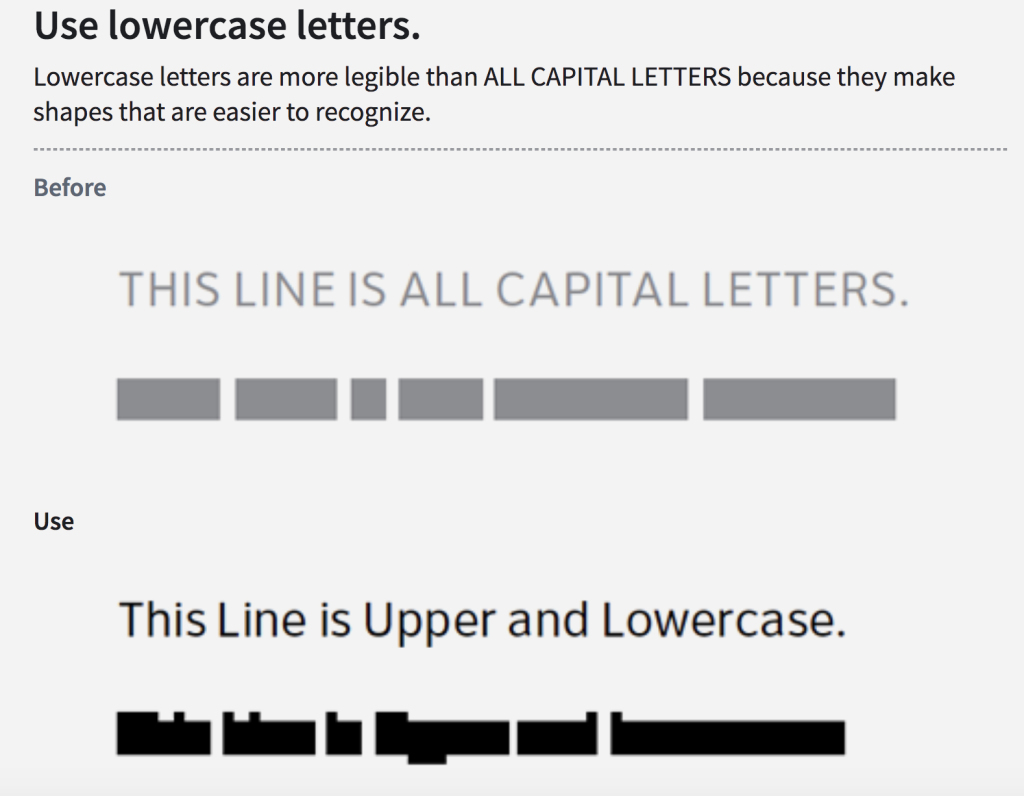 This is the number one rule of ballot design.

The Civic Design suggested an instructions tweak. The copy was updated to read ‘turn the ballot over’. A natural A/B test played out when the neighboring county ran the original ballot design, giving Chisnell and Quesenbery the perfect case study to show that clear instructions, strategically placed and in familiar language, have a massive effect on ballot completion.

Volunteering on election day is a crash course in the kinds of questions and challenges voters have.

Sometimes the issues are too complex for just a copy change. Remember the infamous Virginia tied election of 2017, which was decided by pulling a slip of paper out of a fishbowl? Looking at that, Quesenbery thought, “This is exactly what happens when you have a ballot where people can’t verify their vote.” A verified vote system isn’t rocket science—it’s conceptually the equivalent of a diner experience in which you choose from a menu and then get a slip of paper, a receipt that lists your selections so you can verify what you owe. Voting booths similarly, could spit out a chit to be cast, counted, and audited just like any vote. The innovation isn’t just about convenience. This verification step adds confidence in the election process—a timely thing to bolster.

It’s not mandatory that election offices who work with Civic Design adopt their guidelines. But often, come election time, Quesenbery and Chisnell are surprised by how much design thinking they’ve incorporated. Quesenbery attributes it to leaving good tools out where people can find them: they make sure to send layouts in InDesign or Word files so they can be adapted, samples of good language. Often, they find that once an office takes one design element, they can’t stop. “By letting them work it by themselves,” Quesenbery says, “They take more steps than I could have made them.”

The 2016 presidential election result that took many by surprise put Center for Civic Design’s mission on the map. “We had toiled in virtual obscurity for a very long time,” says Chisnell. All of a sudden, their inboxes were flooded by people with election design ideas. “Our first reaction was ‘Where have you been??’” recalls Chisnell. Civic Design has now become a sort of clearing house; networking ideas, resources, and likeminded innovators. They expect another groundswell in the leadup to the midterm election.

We’re hearing a lot about how design leadership is taking over business. What would it look like if it started to lead in government? “Designers come to civic life and government thinking about what the experience is and what the outcomes for the public can be,” says Chisnell. They bring an actual process for understanding what people need. “The potential role of design in government is to change how government works,” says Chisnell. From the websites, to the way systems are built and tested, to how much projects cost.

So how can a designer get more involved in ballot design? Start by signing up to be a poll worker. With a little bit of training, you can show up on election day and see the entire process from the point of view of people working the polls. “Poll workers are awesome people who really love doing it,” says Chisnell, “You’ll meet a vast cross-section of human beings you might not otherwise get exposed to.” The experience is a crash course in the kinds of questions and challenges voters have. If you can’t commit the time to be a poll worker—the days can be over 14 hours long—register as an official observer. Anyone can do it, though, Chisnell warns, the clerk will think you’re spying for a political party.

Civic Design has gone from the fringes of government and UX to being experts in one of the most talked about topics of the year. But both founders have the capacity, stamina, and good humor for big changes, “Anybody in elections or politics who thinks they can set out a five-year plan and blindly follow it is just plain wrong,” says Quesenbery. And no matter what happens in November, Center for Civic Design will continue its drive to get more voters to the polls and have better materials waiting for them. “The time is right for CCD,” says Quesenbery, “Nothing much is going to stop it except for us just giving up.”